Charice Pemepengco answers the issue of being an Illuminati
by RAIJIN on JULY 20, 2011 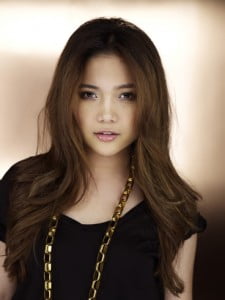 In her official account in the micro blogging site Twitter, she answered the question asked to her by one of her followers with an account name crstinaponce saying that she did not joined the said group and it doesn’t mean that if she sang the song pyramid she is already a part of the Illuminati.

The Illuminati are group of people who are asking for change by making events that will lead to the establishment of a New World Order.

People started to speculate about Charice joining the said secret group because of the official video of her song pyramid where she made a pyramid sign which is believed to be the symbol of Illuminati.

Aside from Charice, there are also other international stars that were also rumored to be member of Illuminati including Lady Gaga and the late king of pop Michael Jackson.

On the other hand, Charice also revealed that she will be working with the pop star princess Sarah Geronimo and do some songs for her.

The pinay singer mentioned in her account that they will be writing songs for Sarah and it might start next week, however she said it still depends on Geronimo if she wanted to work with Charice despite her busy schedule.

Charice Pempengco was first discovered in Youtube where her videos posted by a fan have earned millions of views which made way for her to enter the international spotlight.