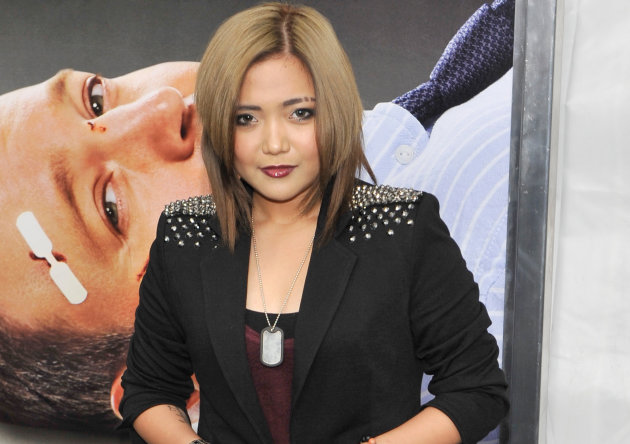 Charice may have taken a break from the showbiz limelight, but the international singer remains under the scrutiny of the public's prying eyes.

Issue #2: Did Charice elope with her alleged girlfriend Alyssa Quijano , a member of the girl group AKA Jam? The said group joined X-Factor Philippines of which Charice served as judge.

Issue #3: Did Charice go as far as hurting her own mother and filing a police blotter when Mommy Racquel tried to pick her up after running away with the girl?

But the police acknowledged that they heard rumors of the incident involving the Pempengcos.

"Buhay nila 'yun, e. Kung di nila nilalapit sa'min at inaayos nila, wala tayong magagawa doon," ["That's their life. If they don't bring it to us and they're working it out, we can't do anything about that."], he said in conclusion.

Meanwhile, another police officer from Tagaytay Police told Yahoo! Philippines OMG! that they had no records of the incident.

A source familiar where Charice lives confirmed that the singer has been staying in a subdivision in Cavite since last year, but is keeping mum on who Charice is living with.

Is Charice now estranged with her own mother as what several news reports suggested?

Apparently, not, according to another eyewitness in the village. We're told that Mommy Racquel has always been visible in the house: "Kaninang umaga (May 20) lang pumunta siya rito," ["She just went here last morning (May 20)."], the eyewitness stressed.

Both sources were unaware of the alleged confrontation involving the Pempengcos.

Yahoo! Philippines OMG! is still trying to reach Charice to get her side of the story.