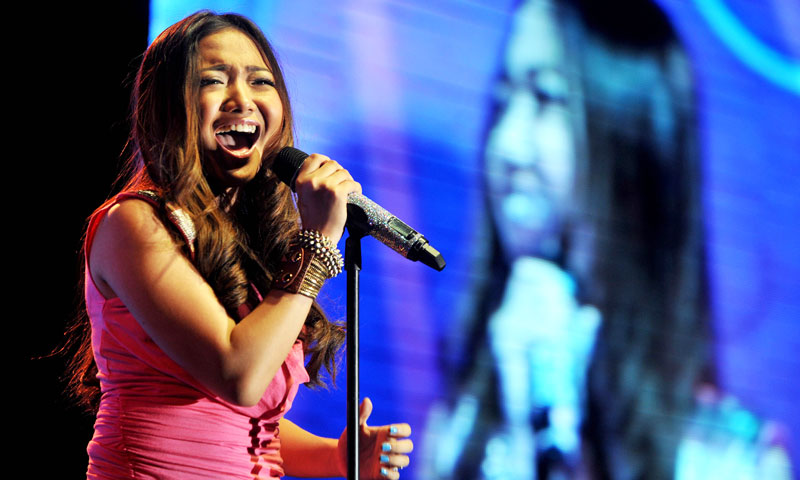 MANILA: Philippine pop star Charice has announced she is a lesbian, ending weeks of speculation in the local press following a drastic image change where she ditched her teen starlet look and adopted a more edgy style.

The 21-year-old star who initially found fame through YouTube and gained international recognition through appearances on the American show Glee, disclosed her sexual orientation to “The Buzz”, a local showbiz talkshow.

“Yes, I am a tomboy,” Charice said on Sunday, when asked if she was gay.

“Now, I feel free. I can go out of the house without fear and be certain that I'm not stepping on anybody's toes.”

“To those who can accept me, thank you very much,” she said tearfully.

In the interview Charice also said she was estranged from her mother, who raised her single-handedly and began her career by entering her in singing competitions when she was young.

Her revelation received positive feedback and expressions of support in the mainly Catholic, socially conservative country with many taking to social media to praise the diminutive singer.

“Dear @OfficialCharice have you any idea how many young people you inspired today? More power, blessings and love to you!,” tweeted Tony award-winning actress and singer Leah Salonga (@MsLeaSalonga), a fellow Filipina international star.

“So Charice is out of the closet. Did that take her talent away? Did it change her voice? NO. Same talented person, just happier,” added local celebrity Bubbles Paraiso (@bubblesparaiso) on the social media website.

Charice's decision to come out also received praise overseas. “So proud of you!” tweeted American celebrity blogger Perez Hilton. “You are opening doors and hearts and minds with your bravery and honesty! Leading by example! BIG HUG!”

Born Charice Pempengco, but more popularly known by her first name, the 21-year-old has a significant following both in the Philippines and the United States, appearing on major US television programmes such as the Ellen DeGeneres Show and the Oprah Winfrey Show, and playing the character Sunshine Corazon in Glee.

She has also toured internationally with award-winning American composer David Foster, and her first international studio album released in 2010 broke into the top 10 of the Billboard 200, in a first for any Asian solo singer. Charice has been in the spotlight in the local press lately after she dramatically revamped her image - from a long-haired girl singing love songs to a more masculine look complete with short, dyed hair.

Photos of her holding hands with an unidentified young woman had also circulated on local Internet fan sites.

Recognising that her decision to come out could upset some of her fans she said in the interview: “I am proud of who I am. I love myself, that is why I am doing this.”

“To my fans who I know are disappointed -- I know some of you will turn your back on me too - sorry. You know I am sincere. From the bottom of my heart, sorry.”

Charice Pempengco, Glee Actress, Comes Out as a Lesbian 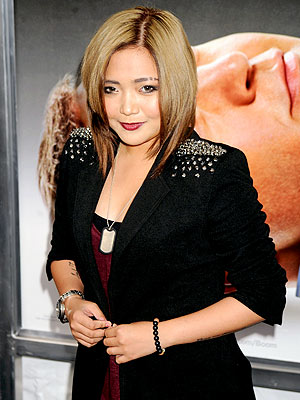 Glee actress Charice Pempengco is speaking out about her sexuality.

When asked Sunday night during an interview with Filipino talk show host Boy Abunda on The Buzz if she is a lesbian, Pempengco replied in her native language Tagalog, "Yes ... I am."

Explaining that she chose to share the news on the popular show, Pempengco said, "I have deep gratitude for the Filipinos because they are the ones who know who I really am. ... I don't know what the problem is because for me, there is no problem with that. So now I ask for forgiveness from those who don't understand. And those who cannot accept. I apologize: I understand you."

"To those who could accept, and who could accept me, thank you very, very much," she continued. "I just want to say to all of you that I feel very light – that I can leave the house knowing I am not hiding anything."

"I love myself, that's why I'm able to do this," she said, teary-eyed.

The singer, 21, first rose to international fame via YouTube after Ellen DeGeneres discovered her on the video sharing site and invited her to perform on her show in 2007.

She has appeared on The Oprah Winfrey Show and has performed with Céline Dion, Andrea Bocelli and more.

Pempengco made her debut as Sunshine Corazon during the second season of Glee, playing a foreign exchange student from the Philippines. Photo credit: AP | Charice Pempengco, who played Sunshine Corazon on season two of "Glee," came out as a lesbian while being interview by Filipino talk show host Boy Abunda on "The Buzz."

Charice Pempengco, the Filipina pop star who played foreign exchange student Sunshine Corazon on "Glee," has come out as a lesbian.

"Yes, I am a tomboy," she told interviewer Boy Abunda on her native country's Sunday-afternoon talk show "The Buzz," using a local colloquialism for lesbian.

The newspaper The Philippine Star, reporting on the interview, said Charice, as she is popularly known, was addressing rumors that had started more than a year ago. "Now I feel free," the English-language paper quoted her. "I can go out of the house without fear and certain that I'm not stepping on anybody's toes."

The singer, 21 -- whom Oprah Winfrey in 2008 hyperbolically dubbed "the most talented girl in the world" -- said she was estranged from her mother, Raquel, and from her grandmother, who helped raise her, though it was unclear if this was a result of her sexuality.

"I left our home because that's what I had to do for now," she said. When Charice celebrated her birthday last month, the paper noted, neither woman attended.
According to a translation of the interview on E! Online, Charice asked "for forgiveness from those who don't understand. And those who cannot accept. I apologize: I understand you. But to those who can accept me, thank you very much."

Charice appeared in three episodes of "Glee" during its second season, in 2010-11. She first gained fame in the United States after her YouTube videos caught the attention of talk-show host Ellen DeGeneres.

Singer-actress Charice Pempengco revealed on Sunday that she is a lesbian.
The big news came during an interview with Filipino talk-show host Boy Abunda on his show The Buzz.

"I have deep gratitude for the Filipinos because they are the ones who know who I really am. ... I don't know what the problem is because for me, there is no problem with that. So now I ask for forgiveness from those who don't understand. And those who cannot accept. I apologize: I understand you," an emotional Pempengco, 21, said.

To those who could accept, and who could accept me, thank you very, very much. I just want to say to all of you that I feel very light – that I can leave the house knowing I am not hiding anything ... I love myself, that's why I'm able to do this.

Pempengco became famous in 2007 after talk-show host Ellen DeGeneres discovered the now-popular YouTube video of Pempengco singing "And I Am Telling You I'm Not Going" on the South Korean talent show Star King.

She eventually landed a recurring role on the FOX series Glee.

About a year ago, Filipina superstar (and former Glee phenomenon) Charice got herself a trendy tomboy haircut and an androgynous new wardrobe, and tabloids in the Philippines lost their minds. Last week speculation about her sexuality reached fever pitch, so over the weekend, Charice sat down with Boy Abunda on the celebrity talk show The Buzz and beautifully, bravely confirmed that yes, she is a lesbian.

She broke down in tears as the interview continued, saying:

Now I want to ask forgiveness to those who don’t understand, to those who can’t accept me. I’m sorry. I can understand. For those who will accept and can accept me, thank you very much. And for what I have done I just want to say that I feel that a heavy weight has been lifted from me now (tears up voice slightly breaks). That I can leave the house without hiding anything, nor putting anyone down because I’m not hiding anything. Sorry Mommy, Carl…but this is me. I’m proud of myself, I love myself. That is why I’ve done this. To my fans, I know a lot of you are disappointed, some of you will probably leave me. Sorry. You know I’m a sincere person. From the bottom of my heart, sorry. I understand.

Charice Mania , an awesomely comprehensive fansite, has posted a transcript of the full interview.

Glee Actress Charice Pempengco Comes Out Of The Closet

The singer/actress revealed her sexuality this weekend on Filipino television 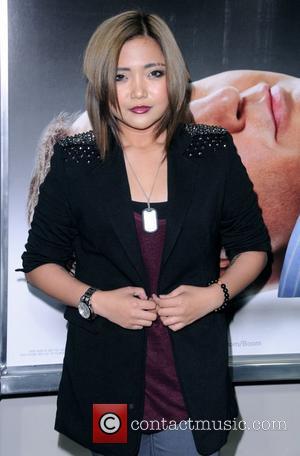 Singer and actress Charice Pempengco, who plays Sunshine Corazon on Glee, has come out as gay during an interview on a Philippines talk show. Pempengco broke the news in the interview this weekend, with the world's press gradually picking up her announcement made in the Asian nation.
The native Filipino admitted that she is a lesbian during a discussion on the Asian nation's popular ABS CBN celebrity-based show The Buzz, a bold move to make in a predominantly Catholic country, even for one of it's biggest stars. However rather than face a backlash Pempengco has instead been supported by many Catholic institutes across the country, with high-ranking church and government official Father Melvin Castro jumping to her defence.
“In this time of her life that she is experiencing an identity crisis regarding her sexual orientation, we would rather not pre-judge her,” he said in a recent interview in the Philippines press, adding, “Let’s hope that there will be people out there that will help guide her with her sexual orientation called same sex attraction.”
Although relatively unknown in the US and elsewhere in the world, bar her appearances in Glee, Charice is one of The Philippines' biggest stars and has managed to make an impact in the American charts thanks largely to her YouTube videos and subsequent exposure on The Oprah Winfrey Show at the turn of the decade. Charice brought out her first internationally-released studio album, Charice, in 2010, when it managed to reach number eight in the Billboard Album Chart, making her the first Asian solo artist to reach the top ten. She is also one of the judges of the Philippine version of The X Factor. 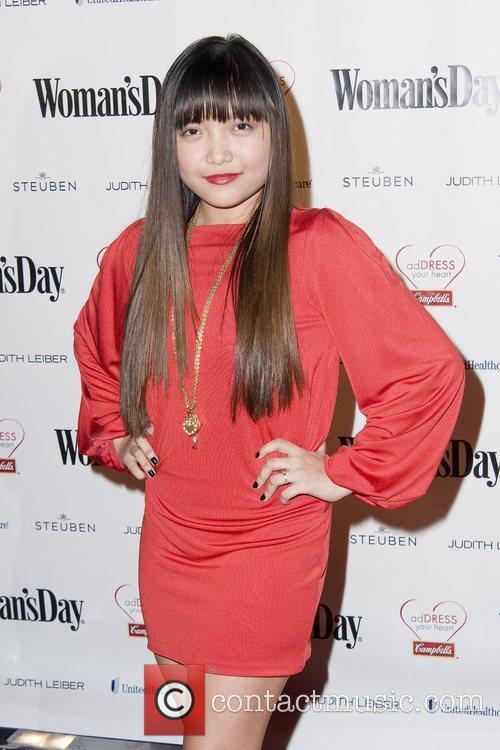 The singer/actress revealed her sexuality this weekend 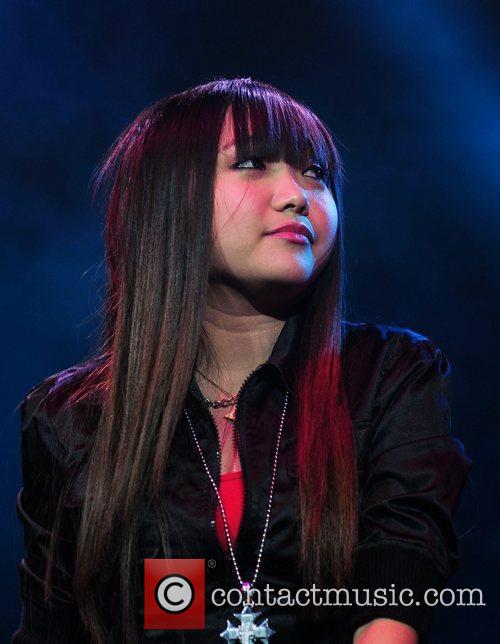 The revelation shouldn't rock her fame too much