Join the forum, it's quick and easy
weheartCHARICE

Welcome to weheartCHARICE. If you haven't already, we cordially invite you to register and join in on our discussions! Thanks!
weheartCHARICE
Would you like to react to this message? Create an account in a few clicks or log in to continue.

Before she had millions of fans from various countries around the globe, Charice Pempengco was an aspiring singer who was almost denied the fame a talented young girl like her deserved. Now, she rubs elbows with notable personalities and wows even the legendary Oprah. And because her talent is doubtlessly commendable, much of what the public (especially kapwa Pinoys) criticizes is her style.

In 2005, as a twelve-year-old trying to break into show business, Charice was often in frilly dresses; hair styled in tube curls, secured with colorful clips, or tightly tied in a pony tail. If she was not garbed in a sweet girl’s outfit, she was buried in layers of jacket, long-sleeved shirts, shorts, and leggings which did little to complement her body, much less her booming voice. In the world of entertainment, looks were regarded as much as, if not more than, talent; and Charice, with only her mother as her stylist, was lagging behind artists her age. Her star power waned not long after that.

But like in the movies, Charice’s life made an unexpected turn that would set the tone for her succeeding career moves. An avid fan posted her performances on YouTube, and these were gaining thousands of views. It did not take long for others to notice, such as Korean variety show StarKing, where Charice was invited to perform in 2007.

Wearing a pink blouse over a long-sleeved shirt, her hair in pigtails, Charice looked too cutesy for her fifteen years of age, yet it was at home with the quirky fashion of Korea.

That same year she was invited to Ellen Degeneres’ show, after they had seen her StarKing performance, also online. This time, perhaps to relate to the American audience, she was chic in a black lace blouse and tights underneath a mini-skirt. Charice confidently sung two songs and received standing ovations for both; she came home an instant celebrity.

In 2008, she was a guest in Oprah, still in black tights underneath a printed mini-skirt, the combination lending her a taller appearance. Her hair was also sleek and straight, with wispy bangs framing her face. She was developing a new style, a new brand, a new Charice. And why not? Because the very next day, Oprah had halted Charice’s flight to the Philippines and brought her to producer David Foster. The rest, they say, is history.

With a new team to manage her international status, Charice had to look the part. Although she was pegged as a nerdy Asian girl in the hit TV series Glee, the style they were helping her develop outside this acting stint was edgy and glamorous with a boyish charm. And learn from them she did, including from Lady Gaga’s stylist Nicola Formichetti, because she now knows which clothes look good on her and which ones don’t. “Short skirts make my legs look longer. That was a tip given to me by stylists,” she said in an interview.

She also has a collection of fedoras to cover up bad hair days and add attitude to a simple outfit on her days off. Skinny jeans are a favorite because they do not overpower her petite frame; polarized sunglasses give her unobstructed vision while hiding the tiredness in her eyes; and boots keep her comfortable and maximize her movement. 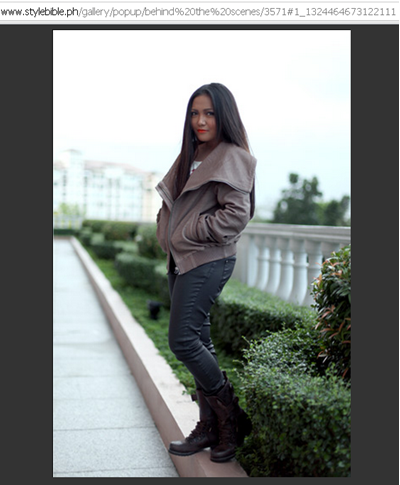 Her style has clearly toned down and become sophisticated, as we can all witness from the infamous magazine cover. Here we see her in sharp suits and streamlined shapes, outfits she could carry well if she were in one of Hollywood’s fancy events, albeit a little too austere and too mature for her bubbly personality. In local variety shows, she can still be seen in flowy gowns; that is expected in Philippine showbusiness fashion. But nothing is predictable about what Charice is coming up with next. 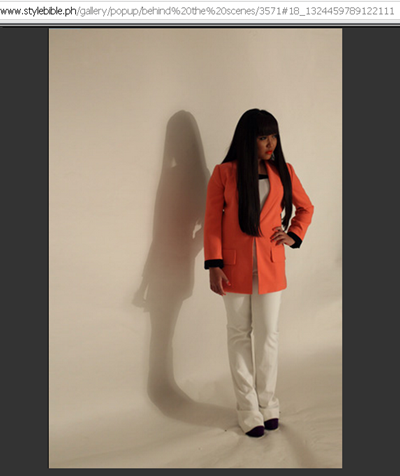 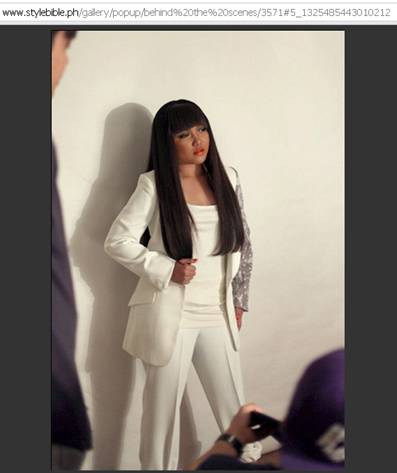 From kawaii­ dressing to pop star outfits and mature ensembles, she experiments with different looks but is aware which ones she can faithfully fall back on. That’s great news—a young, talented girl like her is looked up to by millions of fans. She can be an example for them, to accept themselves or try trends until they develop something they like.