Join the forum, it's quick and easy
weheartCHARICE

Welcome to weheartCHARICE. If you haven't already, we cordially invite you to register and join in on our discussions! Thanks!
weheartCHARICE
Would you like to react to this message? Create an account in a few clicks or log in to continue.

weheartCHARICE » Charice » Gossip & Rumors » What people are saying about Charice

What people are saying about Charice

Please post mentions of Charice in blogs, other forums, etc in this thread.

@OfficialCCharice ChariceI wanted to tell you that I found you on Youtube last night listened 4 hrs and gave me chills!! Luv you! Amazing!

I have been watching Charice videos for days now. Will someone please tell me how to stop. I need my life back.

Apparently, NO cure for the Charice addiction. I have a feeling that's the case.

So, I have moved on to watching Charice's off concert videos. WHAT IS HAPPENING TO ME?

I was just innocently looking for inspiration on how to do the violin part for 'To Love You More', them BAM! Charice happened. I'm confused.

tita moh wrote:I miss miyam and nitzie! They used to flood us with links and info on this thread.. :)

Tita moh: I am new here @ we heart Charice. I have been a fan of Charice for 3 years now and I have a very complete collection of links mostly on Youtube. I don't know if I posted very many of these links that the administrators would come after me.

Posts : 115
Join date : 2012-03-07
Location : Chicago
khatman.. we post like blogs or some twitter msgs or forums of other stars that mention Charice.. just don't forget to forewarn us if the contents are bp rising comments or negative comments on our princess so we have a choice to go there of not.. youtube comments we don't post coz we post the videos then we go there anyway and see all the comments.. and that's a different thread.. solely for Charice's videos or like the Sing Like Ming portion.. well.. now.. enjoy posting..

tita moh wrote:I miss miyam and nitzie! They used to flood us with links and info on this thread.. :)

Tita moh: I am new here @ we heart Charice. I have been a fan of Charice for 3 years now and I have a very complete collection of links mostly on Youtube. I don't know if I posted very many of these links that the administrators would come after me.

Nope. Just post them as new threads so it's easier for mods to place them appropriately. And welcome to weheartCHARICE!

Posts : 8
Join date : 2012-03-08
Please support Charice. I love Charice no matter what. I am really busy so I do not have time to post or chat also I had tobr with my internet becaus eof poor signal. Planning on getting new net connection. 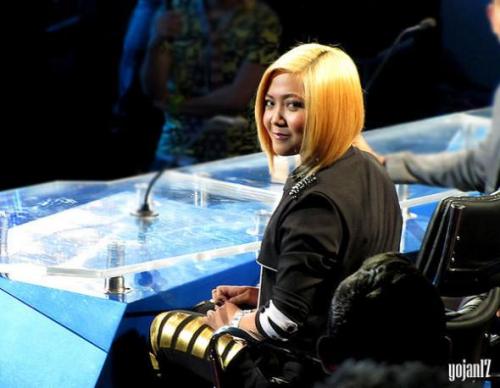 These past few months while roaming through social networking site like twitter, I used to check on trending topics worldwide. While checking on those topics, this name CHARICE caught my attention. I wonder why this name is always trending on twitter especially on weekends. A friend told me, “Haven’t you seen that kid on Oprah? Do you know Sunshine Corazon? She’s famous man…” Then I started to check and do a research. I started on youtube, as I browse on those videos I was like, “Oh my, this kid got millions of views..”

I asked myself, “Where was I when this kid was counting her standing ovations all over the world? Am I outdated?” Then I checked on wikipedia and found out her story and that the song pyramid which my sister used to play on the car was her first single and placed number 1 on billboard. Now, I admit that I am really not updated.

I watched all her past videos, her performances with David Foster which gives me goose bumps all the time, all her appearances on Oprah and other tv shows like Glee, so this cute girl Sunshine Corazon with nerd glasses and Hello Kitty bag who sang “Telephone” with Leah Michelle was Charice, the girl who sang “Have Yourself a Merry Christmas” with David Archuleta at the LA Grove last November 2010, and I was there with my mom while she was singing “Jingle Bell Rock”, why on earth did I not notice her, maybe I was just playing around ‘coz I don’t really want to go at the Grove that time.

And she also won a KCA Oh my, and she’s an Asian, a Filipino from Philippines. The first ever true blooded Filipino I have known who became famous all over the world, I was really amazed with her talent.

So I started to browse on her fan pages, and found out that she’s on that X-Factor Philippines tv show in her hometown. And since the X-Factor USA had just started, while I was watching the show, “Oh my, Sunshine is Malia!” I shouted as I saw the advertisement on tv. So Charice is Malia in “Here Comes The Boom” movie with Kevin James coming this October 12, 2012 I wanna watch this movie. And because I was so curios about Charice, I watch that X-Factor Philippines on my friend’s tv since they have a TFC and her mother is a Filipino. And she looks much so beautiful and gorgeous with her blonde hair now which really fit her.

My friend’s mother told me that Charice is really a pride of the Philippines and that she had brought a lot of recognitions and achievements for her country. But then she was so sad because a lot of Filipinos seems to forget what Charice had contributed to her country just because of the nonsense reason that she dyed her hair and getting a tattoo. And that they hate the new Charice now… What?

I’ve started reading on news online about her, thanks to Google ‘coz I was able to translate some articles written in different languages. I also went on to her timeline on Twitter whenever she’s trending, again thanks to Google Translate, I have read some hate tweets, some bashing and bad words about her which really broke my heart into pieces. They’re criticizing her about her accent, which to me is that she’s just speaking the correct pronunciations of the English language. They’re criticizing and questioning her capability as a judge/mentor in that X-Factor franchise, why not? Demi Lovato is doing the same too in XF-USA, and I think they’re on the same age. These are all nonsense reasons to hate her, where do these people’s brains go, ‘coz they’re not thinking at all. Where do these people’s respects for each other go?

Why on earth these people do talked nonsense about her? These people have no respect at all. They’re attacking her personally. Oh my God… What does ETHNICITYhave to do with her talent? Can we put HUMANITY first beforeETHNICITY?

I may not know Charice personally; we may not be in the same race or culture but I do deeply respect her. At her young age, I see her as a strong person who embraces’ her country with all her heart even though some of her countrymen keeps on pulling her down and giving her bad publicity. I wonder where on the part of this planet did she ever had sinned to her country. It was like these people are treating her as an Enemy of the State and before she even speaks she was already criticized.

This kid Charice deserves a respect just like everybody else. And even though I am not a Filipino, I will respect and continue to support her. We are on your side now kid. You’re awesome!!! We are hoping to see more of your amazing performances here in the US.

I am so deeply

with your life story; I hope to meet you soon personally.

Posts : 38
Join date : 2012-03-08
This is what I am feeling right now
There is new twiiter party right now on Cha account.
She is very active on twitter again.
I am thinking that is funny that Philippines media think that she is very American now and in the same time she usually tweets only in tagalog, and has 1 millions followers all over the world. Google translate for tagalog is very bad and can not help me so I am feeling that this separate her from fans who are not tagalog speakers.

Re: What people are saying about Charice

weheartCHARICE » Charice » Gossip & Rumors » What people are saying about Charice