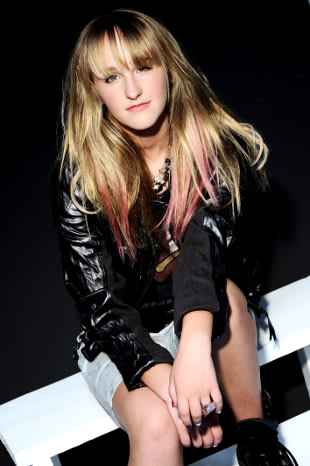 You Tube sensation Camryn is raring to the go to the Philippines for the first time and open the show for Greyson Chance on Sunday, April 22 at the Smart Araneta Coliseum.

“I heard that the islands are amazing and the food is great! I’m so excited to go,” Camryn shares in an e-mail interview.

Camryn was first catapulted into the spotlight through her “I love Justin Bieber” video in 2010. The video performance was a parody of The Monkees’ “I’m a Believer,” and it reached over 150,000 views on YouTube.

She joined Greyson and Cody Simpson for their Waiting4U tour in 2010 and appeared in and provided some of the songs for the soundtrack of the movie version of the Megan McDonalds “Judy Moody and the not Bummer Summer.”

“Touring with Greyson is so much fun! We play pranks on each other and we all have a great time. I'm so excited to open for Greyson in Manila, it's going to be a great show,” she shares.

To date, Camryn has released three singles and is looking forward to her debut album.

“It will have everything from love songs to fun fast songs. It's so relatable for any age, and most importantly, it’s age-appropriate.”

Camryn looks up to Mariah Carey, Demi Lovato, Christina Aguilera, Beyonce, and Lady Gaga, artists she thinks are “all so true to who they are and don't let anybody change them.”

“I love how much power they have in their voices and that is what I want to have in my career,” she adds.

Camryn also talks about how she “loves” Charice Pempengco.

The best part of her job

“My favorite thing is meeting my fans! I love to meet so many new people every day. It's a great way to not only connect with them but to make new friends! I love all my fans and that will never change!” Camryn relates.