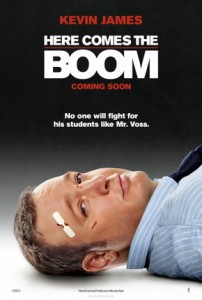 Clizbeats featured artist Charice has been keeping busy since rising to Oprah and Ellen supported fame with her American debut album Charice in 2010. After she closed off promotion of her American album with it’s second single , “Note To God”, she sang the promotional digital single, “One Day”, which was written by Nick Jonas. It’s popularity allowed it to then transition to becoming a part of her Infinity album, which was released exclusively in Japan.

In fact, even though it was released exclusively in Japan, Charice Jonas and many others collaborated on what would largely still be an album with very clear American influences. By the time it was completed, Infinity featured production and writing work from Nick Jonas, The Y’s Bruno Mars’ production group The Smeezingtons, Jason Derulo, Kara DioGuardi, Natasha Bedingfield, and more. Therefore, it wasn’t at all surprising that she kept up with the culture of American entertainment in other ways as well.

Recent promotions have revealed that Charice will star alongside actor Kevin James in the Happy Madison produced film Here Comes The Boom. In the film Charice plays student named Malia De La Cruz. In the flick, Cruz is supportive of her teacher, played by James, that embarks in cage fighting as a way to raise money for their budget stricken school. It looks like it should be interesting to say the least.

Chrice’s previous acting credits include a cameo in Alvin and the Chipmunks: The Squeakquel, and a guest staring role on the Fox series Glee. Here Comes The Boom hits theatures on October 12th. We’ll be watching. Will you?
_________________
Please allow HTML for proper viewing of forum. Thank you.