weheartCHARICE » Charice » News & Updates » 10/11/12 - myspace.com - EXCLUSIVE: Charice on ‘Here Comes the Boom,’ Her Singing Career, and Where She Stands on Nicki Minaj vs. Mariah Carey

10/11/12 - myspace.com - EXCLUSIVE: Charice on ‘Here Comes the Boom,’ Her Singing Career, and Where She Stands on Nicki Minaj vs. Mariah Carey

EXCLUSIVE: Charice on ‘Here Comes the Boom,’ Her Singing Career, and Where She Stands on Nicki Minaj vs. Mariah Carey
11 OCTOBER 2012 By Crystal Bell 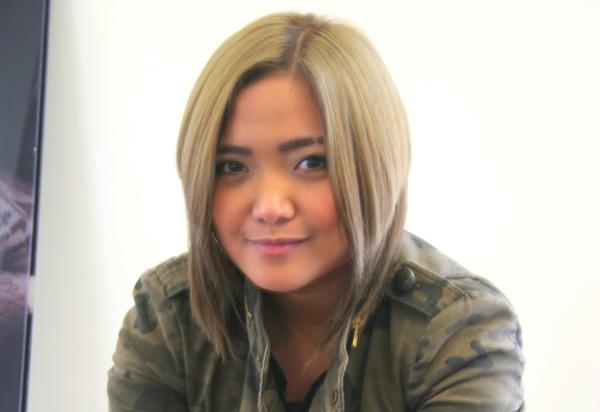 Now just imagine yourself on the US version of “The Voice.” Obviously you have an amazing voice, and they’re all going to turn their chairs for you. So you have Blake Shelton, Christina Aguilera, Cee-Lo Green and Adam Levine. Who would you pick?
Well, that’s hard because I have two in mind, either Adam or Cee-Lo.
.
Really? Not Christina?
I know everybody would have expected me to pick Christina. I love Christina, but you know, as a judge I love how Adam and Cee-Lo, do their work – how they pick songs for their contestants. So if I had to choose one, maybe it’d be Cee-Lo… He was actually one of my inspirations when I was judging. He takes these famous songs and turns them into something else. So he was one of my inspirations, arrangement-wise.
.
Well, you just need either a cat or a parakeet to sit on your shoulder.
A snake, probably! I’m just kidding. It would be bigger than me! That would be interesting. Now they’d be really scared of me so…
.
I’m a bit of a Gleek, and I just have to say, you had such a memorable role in season two as Sunshine.
Oh god, Sunshine.
.
Do people still approach you because of that role?
Yes! They call me Sunshine all of the time. Sometimes if I feel like pranking people, I’ll do it. For example, I was at the airport, and I was with my friend and there was this woman who asked my friend, ‘Is she the one from Glee?’ And my friend was like, ‘No, we get that a lot, though.’ And then the woman was like, ‘Wow, she looks like that girl on Glee!’ And then I looked at her, and I was like, ‘I know I get that a lot. I mean, I don’t really watch that show. Do I really look like her?’ And then she was like, ‘You do look like her. You should check it out. She’s an amazing singer.’ I felt bad, but it was fun.
.
Have you been keeping up with “Glee” this season?
Not all of the episodes, but I’ve seen a couple episodes, especially the ones with Kate [Hudson]. The woman can dance!
.
Sunshine, you need to transfer to NYADA and make this happen.
Right? I mean, if they asked me to be on it, I’d do it, of course.
.
Tell me a little bit about what is on the horizon for you music-wise? What are you working on?
Right now, I’m still working on some new music. It’s so amazing how music changes so fast. When I create new music, I want to be able to create music that’s in right now, so I don’t just be left behind. At the end of this year, I might go back to Philippines and do some more shows and then go back to New York and do a little bit of promotion and then go to Hawaii, do my concert, and then sleep.
.
In that order?
Yes, in that order, and then sleep.
.
Are you thinking of releasing a dubstep track because that’s “in” right now?
I love R&B and pop but, of course, with the music today, sometimes even if that’s your genre, you have to do something else for people to sort of accept you in the music industry. So it’s a little bit frustrating, but you have to if you really want it.
.
Now, I know you’re a huge Mariah fan, and she is on this upcoming season of “American Idol” and there’s been some behind-the-scenes drama with Nicki Minaj. So are you Team Mariah or are you Team Nicki?
That’s hard because I love Nicki Minaj. I’ve been a huge Mariah fan since I was a kid, but at the same time, attitude-wise, I think I love Nicki Minaj. She’s so unique.
.
So Team Switzerland?
Yes.

Here’s a little number Charice graciously did for us while visiting the NYC office!

Posts : 234
Join date : 2012-08-03
Location : Manila
Charice! You are indeed a musical genius. You`re like the magician of music. You can sing any genre and transform it into pure Charice Music which penetrates the soul. I love how the way you evolve into the goddess of music. You`re simply amazing!

weheartCHARICE » Charice » News & Updates » 10/11/12 - myspace.com - EXCLUSIVE: Charice on ‘Here Comes the Boom,’ Her Singing Career, and Where She Stands on Nicki Minaj vs. Mariah Carey