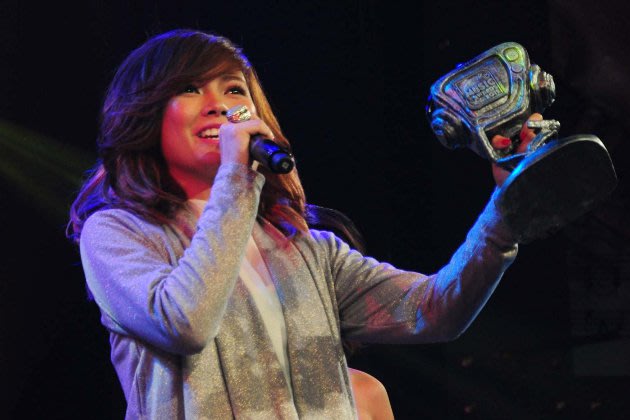 Kapamilya singer Yeng Constantino hopes international singing sensation Charice Pempengco will not be discouraged by the negative criticism her new look has generated.

Herself once a target of criticism due to her edgy fashion sense, Yeng said what matters is that Charice knows who she is trying to please.

The “Hawak Kamay” and "Jeepney Love Story" singer further said the opinion of other people should not dictate how one thinks of herself.

Of course, more than her looks, what's more important is how Charice has proven that Filipinos can penetrate the international entertainment scene, Yeng said.

Yeng has her fair share of negative comments online—particularly on the popular social networking site Twitter. She admits it gets offensive at first. But more than hatred, Yeng said she feels sad for those who took the time to bash her online.

And what does Yeng do when she encounters an online hater?

Still, the recent MYX Music Awards Favorite Female Artist winner said she sometimes tries to see if the hurtful online comments have a dash of truth to them.

In the end, Yeng said she chooses to use social media to inspire people and make her followers happy.

Less than a year after the release of the fourth album, the 23-year-old singer-songwriter is already working on her fifth album.

She added her new songs will probably be similar to the sound of her latest single, “Pag-ibig.” Yeng also hopes her next album will be made up of all originals.

“I really hope na the album would be all originals kasi the last album was puro revivals. Ngayon, gusto ko puro originals so we’re praying for that.”