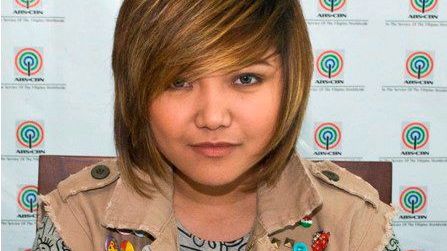 MANILA, Philippines - Singer and X-Factor Philippines judge Charice Pempengco remembers her father one year after his death on October 31, 2011, reports entertainment news website Young Hollywood.
Ricky Pempengco was fatally stabbed in the back and chest with an ice pick shortly before midnight while buying cigarettes after a "drinking session" with an Angel Capili in San Pedro, Laguna.

Charice, who was in Singapore then, canceled all her work commitments to come home to the Philippines and help lay her father to rest.

Ricky Pempengco was buried on November 5, 2011 in Cabuyao, Laguna.

Charice's mother, Racquel, left Ricky when Charice was 3 years old. She has another child with him, Charice's brother Carl.

According to a People.com report published November 1, 2011, in a 2008 interview with Oprah Winfrey, Charice recalled seeing her dad choking Racquel and pointing a shotgun at her. That incident prompted Racquel to leave Ricky, bringing Charice and Carl with her.

Today, though, Charice — who also plays Sunshine Corazon on Glee — has clearly forgiven her father and misses him.

According to Young Hollywood, Charice remembered her dad by taking to Twitter where she quoted lyrics from Chris Brown's song, Free Run:

'Til my feet start to lift off the ground

I will just free run

'Til I find myself right where you are."

After which she also tweeted:

Fans replied to Charice with tweets of support, one of which read:

"I'm sure he's very proud of you and watching you from above."