HIS trademark Mohawk is easy to spot in a crowd. What caught my eye was the intricate hair pattern artfully shaved on the sides of his head. Amazing! Circles. Mazes. Stars. Stripes.

“Who’s your barber?!” we ask Black Eyed Peas Pinoy megastar, apl.de.ap, when we spotted him at the airport last month.

Co-founder, music composer, and vocalist of the record-breaking, multi-Grammy awarded Black-Eyed Peas, Apl.de.ap is one of the most successful mainstream Hollywood music celebrities of Filipino parentage. In the Nielsen Billboard Music Industry Report as of 2011, the Black Eyed Peas is ranked the second best-selling artist for digital track sales, with over 42 million downloads. Second only to Rihanna, ahead of Eminem, Lady Gaga, Taylor Swift, Beyonce, and Kanye West. And that’s just icing to the cake after six chart-topping albums, 58 million records and sell-out performances across five continents.

Despite such stellar credentials, Apl.de.ap is down-to-earth. He embraces his Filipino origins and successfully merges it with his American pop persona. Take his screen name: Apl.de.ap (stylized as apl.de.ap). It is an acronym of Allan Pineda Lindo de (from) Angeles, Pampanga.

Now, that is clearly one talented young man who adheres to the old Filipino adage about appreciating one’s past in order to succeed in the future.

Born in Angeles City, Pampanga, to a Filipina mother and an African-American father, Apl.de.ap grew up in the village of Sapang Bato; delivering uling (charcoal in sacks) and re-packing cooking oil for his mother’s sari-sari store. During the planting season, he tilled their small farm on his kalabaw (carabao). He was doubly blessed with an entrepreneurial mother and a doting grandmother, Virginia Pineda, née Lindo, who provided unconditional love and stability in his early childhood. He recalls: “My grandmother was my second mother. Her married name is Pineda but I wanted to bestow additional honor upon her by including her maiden name, Lindo, in my screen name,” thus, the letter “l” in “apl.” (pronounced “apple,” as in the fruit).

When he was 14 years old, the Pearl S. Buck Foundation offered Allan an opportunity to study in the United States as a scholar. He was sent to California in 1988 and lived with an American foster parent, Joe Ben Hudgens, who eventually adopted him.

Apl.de.ap barely spoke English upon his arrival in the US. To ease his adjustment, Hudgens introduced him to a friend’s 13-year-old nephew named William Adams, who shared Apl.’s passion for break-dancing and music. Clearly, the language of music and dance transcended the barriers of the spoken word. Together, William Adams (a.k.a.
Will.i.am) and Allan (a.k.a. Apl.de.ap) forged a friendship that led to the formation of the Black Eyed Peas.

While many celebrities desperately try to forget their less fortunate beginnings, Apl.de.ap has made it his mission to look back, count his blessings and pass it forward through the Apl.de.ap Foundation. He is clear on the direction he wants to take the foundation: “I want to give more Filipino youth the same opportunities I was given in education and in music. With opportunity comes hope, and with hope comes peace and prosperity.”

First on his list of recipients, naturally, is the Pearl S. Buck Foundation with whom he has sponsored seven scholars, multiplying his own boon seven-fold. He looks back to his alma mater—outfitting Sapang Bato Elementary School and Sapang Bato High School with a computer lab and more than 25 computers.

To Holy Angel University, he donated a music room and a library.

Deeply moved by the destruction wrought by Typhoon Sendong in Cagayan de Oro City, Apl.de.ap., together with the Aquino Foundation, raised funds to put up a school building with four classrooms. In Concepcion, Tarlac, he donated two classrooms for the local elementary school.

The last time we talked, Apl.de.ap had just come from Cagayan de Oro where he inaugurated the school building. His humility and low-key, pleasant demeanor is striking. But what is most endearing is his love for the Filipino. He talked of his Apl.de.ap Foundation projects with enthusiasm and took great pride in his role as Peace Ambassador of the Philippines. 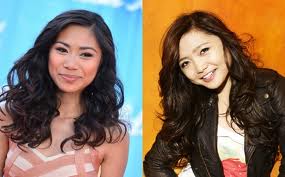 When quizzed about the recent brouhaha on who is the better singer and whether Charice Pempengco or Jessica Sanchez is more Filipino, he countered very thoughtfully: “What is more important is that we can be proud of both of them as Filipinos.”

For a man who is admittedly legally blind due to a congenital eye condition called nystagmus (he cannot see clearly beyond 20 feet), Apl.de.ap is not blinded by fame and fortune. This successful megastar who grew up in the school of hard knocks nurtures a Filipino heart full of gratitude and a soul cognizant of one’s blessings in life—and wants to pay it forward.

Paying it forward. “I want to give more Filipino youth the same opportunities I was given in education and in music. With opportunity comes hope, and with hope comes peace and prosperity,” said Apl.de.ap, Peace Ambassador of the Philippines.